In a revolutionary court ruling on Monday this week (5th July), a Togo court convicted and sentenced nine individuals to between 12 and 20 years in jail for maritime piracy. The incident took place in 2019, when the pirates boarded a small tanker, robbing the crew before being apprehended by the Togo Navy.

What does this landmark ruling mean for West African maritime security? How might it make the waters safer?

The conviction and associated custodial sentences of 9 pirates in a Togo court this week was a true milestone in the fight against piracy in the Gulf of Guinea region. The incident, which occurred on 11 May 2019 and saw the tanker G Dona 1 boarded, temporarily hijacked and robbed, has been well documented. This analysis will concentrate on the background to the court case and its overall impact on the region.

The case comes in the wake of changes to the Togolese Penal Code which in 2015 was amended to include acts of piracy at sea. The pirates, which included seven Nigerians, two Togolese and a Ghanaian, were arrested in 2019. The prosecution was brought by the present government – elected only last year – in what was possibly a strategic political message to highlight its credentials and intent with regards to countering crime both ashore and at sea.

Perhaps the most prominent aspect of the prosecution is that it happened in a country that hitherto has lacked any regional prominence in comparison to its neighbours such as Nigeria and Ghana. That the Togolese Navy managed to apprehend the perpetrators of the crime and bring them to justice is a clear example of what can be achieved if regional navies respond rapidly to intelligence and emerging situations. It has set a new benchmark for naval and coastguard operations, and it now behooves the better-resourced navies of other nations to emulate the performance of the tiny Togolese Navy.

There are numerous maritime security arrangements and agreements in place in the region, including the declaration in early June 2021 signed by hundreds of international shipping companies, maritime organisations, and maritime service providers (See our 07 June Deep Dive – The Gulf of Guinea Declaration on Suppression of Piracy here). Most recently, on 11 July 2021, the Nigerian and Ghanaian navies agreed to integrate their intelligence and surveillance efforts, as well as develop personnel in the use of those systems, and also agreed to adopt a set of joint Standard Operating Procedures that would be adopted by both navies.

This intended collaboration between the two most powerful navies in the region should, if implemented diligently and efficiently, generate a positive impact and drive down incident rates – at least in coastal waters. There have also been numerous equipment procurement programs in several GoG nations, but all these efforts and good intentions have thus far failed to generate any significant lowering of risk to shipping and mariners in the region. The pirates have evolved and shifted their operations into deep water, thus avoiding the systems and procedures adopted by the littoral states, which have been designed to counter maritime criminal activity in territorial waters.

This case represents a paradigm shift though, as it has seen hefty sentences handed down to criminals who would expect only short jail terms at most in other regional states. The other key aspect of the case is that the group’s leader, a Nigerian going by the name of Peter Paul, was sentenced to 15 years in jail. Typically, in Nigeria – which is widely seen as the epicentre of pirate activity in the region – the top men in such cases escape custodial sentences and the junior members of the gang receive short prison terms. The length of the sentences handed down by the Togolese court will almost certainly have surprised the pirate gangs and their prominent backers in Nigeria.

It is possible that smaller countries such as Benin, Equatorial Guinea and Gabon will take note of the steadfast position adopted by the Togolese courts leading to potentially meaningful sentences being handed down by these State’s courts in the future.

Of the other regional powers, Cameroon has already successfully previously defeated a wave of piracy thought to have originated from Nigerian waters. Their response to that wave was highly kinetic and most pirate gangs that entered Cameroonian waters met their end when confronted by the Battalion d’Intervention Rapide (BIR). That past approach has meant that very few acts of piracy have occurred in Cameroonian waters since and it is likely they will continue to adopt such strategies in the future.

Like Togo, Ghana went through an election last year and its current government is determined to improve its security both onshore and at sea. It is likely therefore that we will see a robust response in the event that any maritime criminals or pirates are caught by Ghanaian security forces in the near future.

Ivory Coast is also stabilising after years of political uncertainty and social unrest; however, it is too early to say whether the Ivorian government will have the time or the will to address the problem of piracy in its Exclusive Economic Zone (EEZ).

This leaves the major economy and largest populated state in the region – Nigeria. President Buhari officially launched the Deep Blue Project to counter piracy in mid-June, which is hoped, and expected, to have a significant impact on improving security in Nigerian waters (See our comments on the Deep Blue Project launch 10th June here). Hopes and expectations aside, with the insurgency continuing in the north-east of the country, the enduring problem of Biafran secession bubbling away in the South and the emerging threat of a similar movement in Yorubaland, the government has duelling security priorities at present.

Nevertheless, even in the event that the Nigerian Navy and the newly launched Deep Blue Project have an immediate effect leading to prison cells full of detained pirates, there remains a huge question mark over the reliability and robustness of the Nigerian judicial system to undertake follow through action.

The above aside, and looking to the future, it is hoped the region will see more successful prosecutions of pirates as other regional states up their game in the face of the demonstration of capability and intent by the Togolese courts. As usual there will need to be a degree of both local (peer) pressure, as well international pressure, involved to ensure the economic protection of all states in the region from the scourge of regional piracy.

You can read the full article on the sentencing here 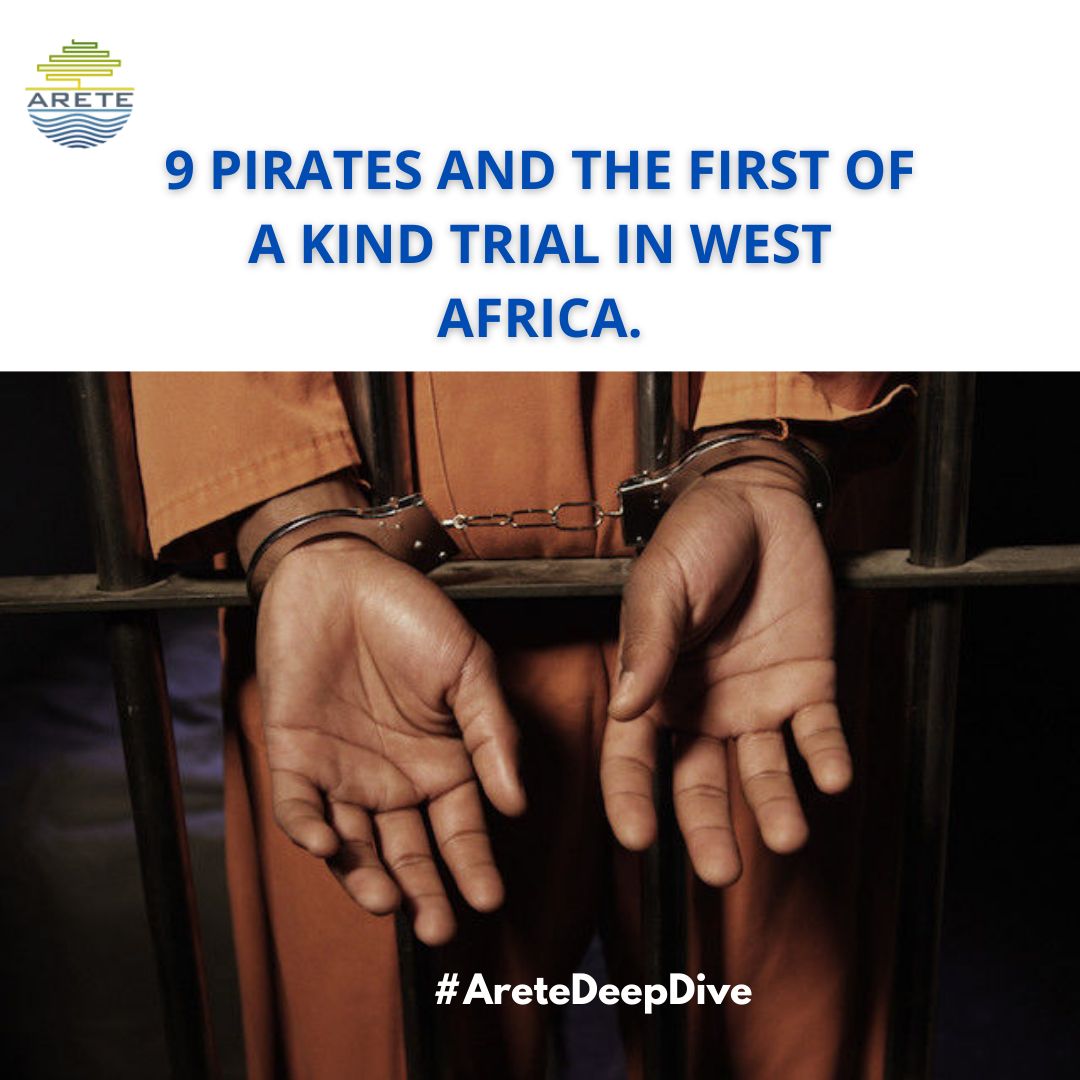