In the last quarter of 2021, Arete released two deep-dive analyses of the maritime security situation in the Gulf of Guinea over the 2021 period.  These analyses covered some of the key takeaways, events, and incidents of the 2021 period namely; 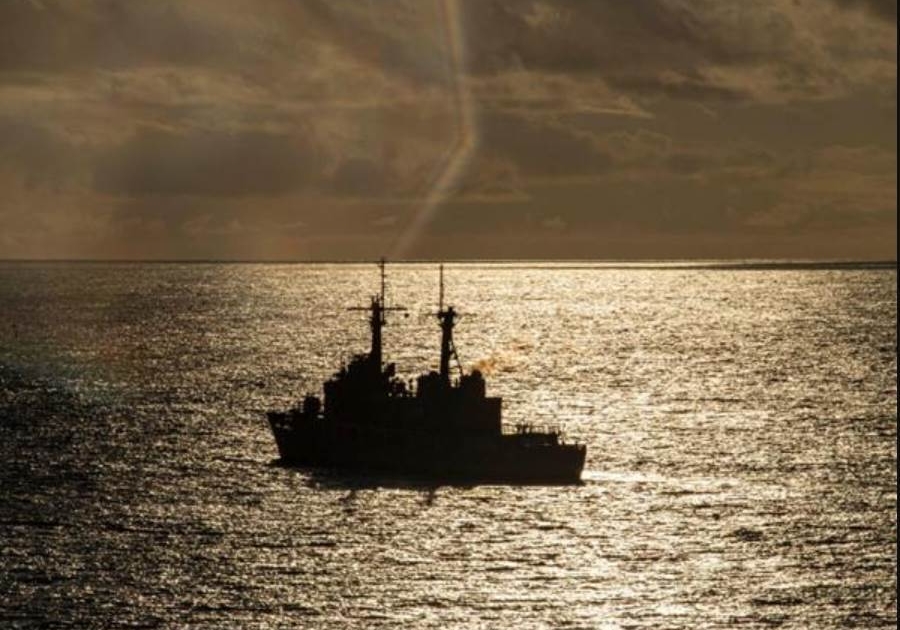 There are a number of key factors that can affect the way the maritime security situation in the Gulf of Guinea may evolve including;

Firstly, let us consider the likely geographic hot spots in 2022.  Historically, the pirate gangs have concentrated their activities in certain areas until such time as the security environment changes and those areas become high(er) risk for the pirates to operate in forcing them to shift to a new area.

Such a shift was seen in 2011 when pirates moved from targeting vessels and oil platforms in the shallow waters of the Niger Delta fan, a littoral shelf lying south of the Niger Delta, to targets in the adjacent waters of Cameroon and Equatorial Guinea.  This shift was met with a robust response by the Cameroonian security forces resulting in the pirates then shifting their activities to the waters off Benin, Togo, and Ghana.

This see-saw shift repeated itself a number of times until the pirate groups changed their modus operandi to the use of mother ships which enabled them to operate in deeper waters further offshore.  This also allowed them to operate far further from their main bases in the Niger Delta and the Bakassi Peninsula.  This model has persisted today as exampled in 2021 where gangs are witnessed operating off Gabon, Equatorial Guinea, and Sao Tome and Principe.

Recent operations by warships from outside the region have changed the operating environment in the central and eastern Gulf of Guinea and therefore it is possible that the early months of 2022 will see a switch across to the waters to the west of Nigeria – potentially as far west as Ivory Coast or Liberia, i.e. where the security environment is more permissive and the offshore industry is ramping up, presenting an increasing number of potential targets of opportunity.

It has also been postulated that pirate groups will be scared off the high seas and into the riverine systems of the Niger Delta, e.g. the November 2021 attack on a work crew from AGIP in Bayelsa State is already being viewed as evidence of this hypothesis (noting we do not believe this to be the case as per our previous #AreteDeepDive which you can read here).  The action by the Danish Navy in November 2021 has also generated much speculation about whether patrolling by international navies will drive the pirates from the seas into the riverine areas of the Niger delta.

Ultimately it should be appreciated that pirate groups have suffered setbacks in the past, notably in Cameroonian waters in 2010 and more recently in 2020.  Nigerian pirate groups are resilient and readily adapt to changes in their operating environment and this single event is unlikely to dampen their enthusiasm to pursue the rich pickings to be gained from large-scale kidnap for ransom operations.

Thus, our assessment is that any spike in activity in the riverine environment will more likely be driven by other factors, i.e. relating to onshore issues, rather than due to a step-change in the security environment offshore.  Ultimately, Nigeria is suffering from escalating inflation, placing further pressure on populations that are already victims of grinding poverty.  Other socio-political drivers are also generating a worsening security environment throughout the country and the Niger Delta is no exception to this trend. (Read more about this here)  It is established beyond doubt that riverine crime and other crimes on coastal waters are driven by such factors, so in a situation where people are suffering increasing hardship it is likely that crime levels will escalate including in the maritime domain.

One interesting development in the last few days has been the freeing of the suspected pirates taken on board the Danish Frigate (read the story here), noting the Danish authorities were unable to find a single country in the Gulf of Guinea that was prepared to take them into custody.  This led to calls from several international maritime organisations and shipping bodies for Gulf of Guinea states to take responsibility for punishing pirates in their own courts. Read more about the incident by clicking here and here, (noting a fourth detainee was treated in a Ghana hospital before being taken to Denmark where he appeared in court on 07 January 2022 – Read the full story by clicking here.). The outcome of his trial will likely determine the future of international action in the region in 2022 (this will be analysed in further Arete Deep Dives). 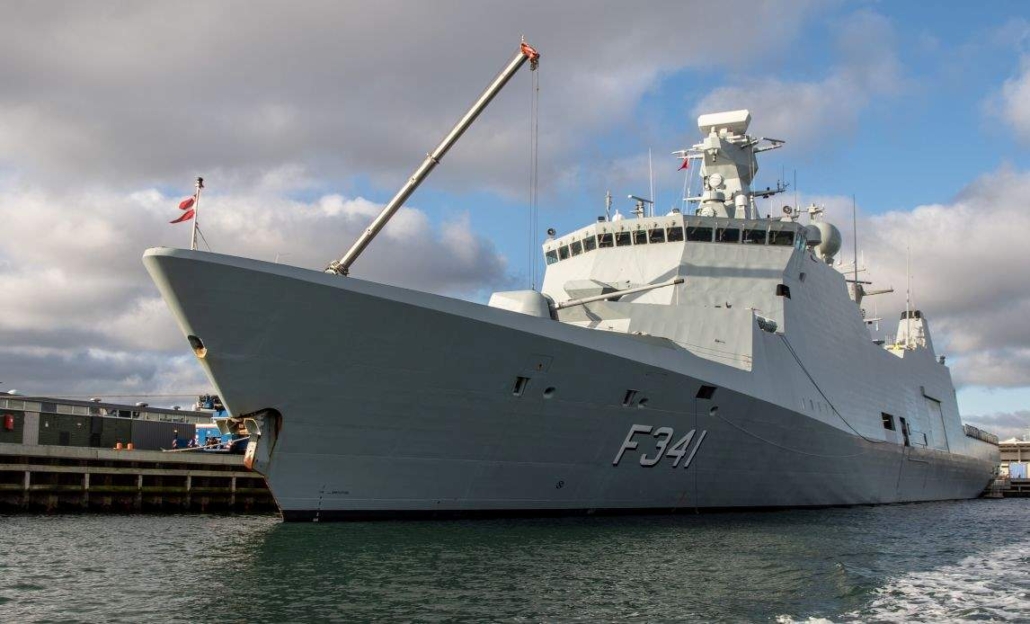 Read More: Gulf of Guinea Piracy, a symptom not a cause

In summary, it is assessed from events last year that the tempo of pirate activity will likely escalate in the first half of 2022.  The attacks will likely occur more than 150 nautical miles from Nigeria’s coastline and will occur to both the east and west of Nigerian waters.  The pirate groups will test the capability of the Deep Blue project and possibly also the resolve and reach of international navies operating in the region.  The resolve of western navies will also have been affected by the inability of the Danish authorities to convince a regional state to prosecute the three suspected pirates on one of their frigates potentially lessening the international community’s motivation to involve themselves in piracy matters in the region in the future.  Indeed, this failure will likely embolden the pirates and generate uncertainty among the western navies operating in the region.

On this basis, it is believed the pirate groups will maintain and possibly increase the tempo of their activities.  Whether that tempo will be maintained throughout the year will become evident.  The geographic concentration of activity will also be revealed in time and will potentially swing between two or more areas.

Over the last two years, pirate groups have proven their methodology and logistic systems in the taking, holding, and releasing of large numbers of kidnap victims.  It is likely they will continue to develop these capabilities and is therefore possible that we will see single pirate action groups taking even larger numbers of victims in each deployment. 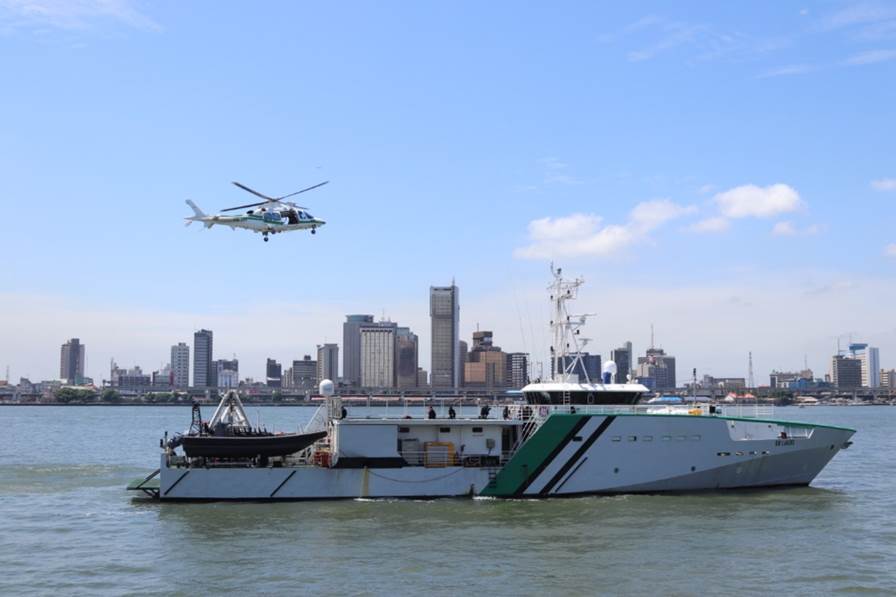 Conversely, the long-awaited Deep Blue Project has been operational for six months now.  However, we have yet to see the full effectiveness of the multiple systems and capabilities deployed under the project’s umbrella.  If the Deep Blue Project proves to be successful, we will likely see it push the pirates into more peripheral areas and make it harder for other criminal gangs to operate in coastal waters.

In past years, pirate action dropped off in the middle four months of the year as sea conditions made small boat operations untenable.  However, the shift to the use of mother ships has given the pirates the potential for all-weather, year-round capability.  This will likely remain unchanged in 2022.

The major pirate groups in the region, believed to number between four and six, will remain predominantly sponsored, led, and manned by Nigerian nationals.  That notwithstanding, we have seen such groups operate out of neighbouring countries with the support of Nigerian diaspora fishing communities (noting the Cameroonian authorities clamped down very heavily on such activity in Cameroon).  However, Nigerian fishing communities also exist in other regional states, and it is possible these communities will provide support to the pirate groups, adding further reach and endurance to their operations.

Piracy is a lucrative and proven business model in the region.  The more serious and most well-organised gangs are unlikely to be deterred by the launch of the Deep Blue Project or the presence of international warships in the region as the risk vs reward still mainly swings in their favour.

Therefore, it is likely that piracy will expand across the region in 2022 and the risk of kidnap will continue to remain very high for mariners in waters as far as 300 nautical miles from the Nigerian coast.  Finally, the inability or lack of will among regional states to prosecute the suspected pirates captured by the Danish Navy could further increase the risk of piracy in the region. 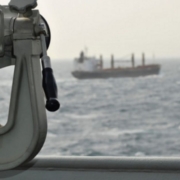 #AreteUpdates: Piracy in the Gulf of Guinea
Scroll to top