A maritime shipping alert has been issued and vessels have been put on high alert in the Gulf of Guinea after suspected pirates fired on a crude tanker. In the early hours of Monday, December 12, a laden Suzemax tanker was 89 nautical miles southwest of the Kome-Kribi Marine Terminal in Cameroon, where it had loaded a cargo and left the previous evening.

A skiff approached the tanker underway approximately 100 miles west of Equatorial Guinea and shots were fired from the small boat but there was no attempt to board the tanker. The Maritime Domain Awareness for Trade – Gulf of Guinea (MDAT-GoG) issued two alerts on December 12 to vessels operating in the area.

Several shots were reported fired but it was stated that the skiff didn’t come closer than about 200 meters. Unconfirmed media reports are linking the incident to the Greek-flagged Suezmax tanker Maran Poseidon managed by Maran Tankers Management. AIS data shows that the 158,000 dwt tanker departed the terminal off Cameroon on December 11 bound for the German port of Wilhelmshaven.

In a separate incident, on December 13 an unnamed passenger vessel was reported hijacked whilst underway approximately 55nm northwest of Bata, Equatorial Guinea. It was later confirmed that 2 Cameroonian crew members were abducted from the vessel.

Historically November & December have seen a rise in incidents in the Gulf of Guinea. Arete provides full spectrum risk management services to the maritime industry. These services include embarking Risk Management Consultants (RMCs) on clients’ and platforms offshore to coordinate Security Patrol Vessel (SPV) activity, undertake incident response & crisis management, train and drill the crews in counter-piracy etc. You can email us info@areteafrica.com or fill this form.

Read more about the news here. 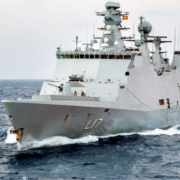 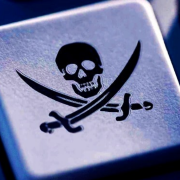 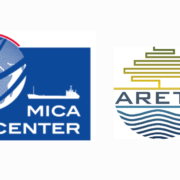 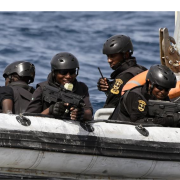 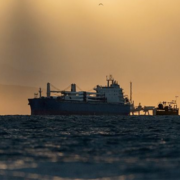